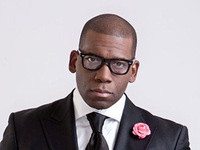 Dr. Bryant, founder and leader of Baltimore's Empowerment Temple Church, is a third generation preacher with a 21st century approach. He is a graduate of Morehouse College, Duke University, and The Graduate Theological Foundation. Dr. Bryant is the author of four books, including World War Me, which won the African American Publishers Award.

With Russell Simmons and Ben Chavez, Dr. Bryant led the "Occupy the Dream" movement in January, 2012, to raise awareness about economic inequity in the black community. He was later elected president of the Empowerment Movement, an interdenominational alliance to advocate civil rights and the agenda of the black church.