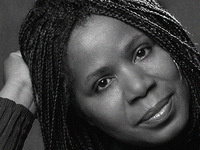 Janis Kearney's book, Daisy: Between a Rock and a Hard Place, chronicles the life of civil rights legend Daisy Gatson Bates, including her role in the 1957 Little Rock Central High School integration crisis. Bates served as co-publisher with her husband of the award-winning Arkansas State Press newspaper and as the first and only female state president of the NAACP. In 1959 Daisy Gatson Bates won the NAACP Spingarn Award, along with the members of the Little Rock Nine.

Janis Kearney, a graduate of the University of Arkansas, served as personal diarist to President Bill Clinton from 1995-2001. She served as managing editor and later publisher of the Arkansas State Press newspaper. In 2003 she founded Writing Our World Press.