Home /  Books & More / Live From the Pratt / Betty Medsger, The Burglary: The… 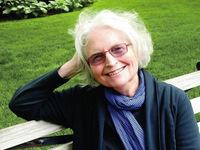 On the night of March 8, 1971, eight amateur burglars broke into an FBI office in Media, PA, and stole every file in the office. Betty Medsger, then a reporter at the Washington Post, received copies of the stolen files from anonymous sources and wrote the first stories about these files that chronicled the massive political spying and dirty tricks operations of FBI director, J. Edgar Hoover. Now, 43 years after her reporting on the Media files, Medsger introduces the burglars to the public for the first time in The Burglary.

Betty Medsger is the author of Framed: The New Right Attack on Chief Justice Rose Bird and the Courts. As head of the journalism education program at San Francisco State University, she founded the university's Center for the Integration and Improvement of Journalism. She is a founding member of Investigative Reporters and Editors (IRE).