Gerry Sandusky, Forgotten Sundays: A Son's Story of Life, Loss and Love from the Sidelines of the NFL 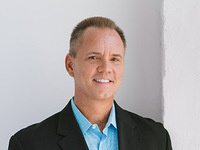 Forgotten Sundays follows the life and relationship between Gerry Sandusky, sports director for WBAL-TV, and his father, former NFL tackle and coach John Sandusky. Gerry spent his summers at NFL training camps and his Sundays with superstars and Hall of Fame players and coaches. When John develops Alzheimer's disease, Gerry began to understand his father on a much deeper level.

Gerry Sandusky is the play-by-play voice for the Baltimore Ravens. He has won Emmy and Edward R. Murrow awards for outstanding broadcasts.

Presented in partnership with the Alzheimer's Association, Greater Maryland Chapter.