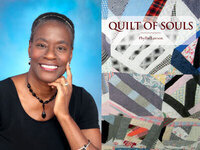 Like many black Americans of the mid-twentieth century, Phyllis Lawson's parents moved from their hometown of Livingston, Alabama to the big city in search of a better life. However, it wasn't long before hardships left them unable to provide, and four-year-old Phyllis was sent to live with her grandmother Lulu on an Alabama farm with no electricity, plumbing, or running water.

Thanks to the unconditional love of Grandma Lulu and the healing powers of an old tattered quilt, young Phyllis was able to adjust to her new life. In Quilt of Souls, Lawson documents her childhood growing up with the incredible woman who raised her and the powerful family heirloom that served as the cloth that would forever stitch their lives together.

Now a Florida resident, Phyllis Lawson worked as a professional counselor for the State of Maryland and the Commonwealth of Virginia.