Home /  Books & More / Live From the Pratt / The Vietnam War: Realities That…

The Vietnam War: Realities That Got Lost 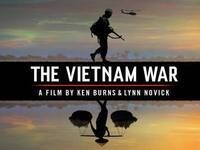 Did American troops fight in Vietnam with one hand tied behind their backs? Was the draft system fair? Did antiwar protests turn U.S. policy around?

Arnold R. Isaacs , who covered the war's last three years for the Baltimore Sun and left Saigon in the final U.S. evacuation the day before South Vietnam's surrender, discusses these and other issues that have been overlooked or distorted in the continuing American debate about Vietnam. Isaacs is the author of Without Honor: Defeat in Vietnam and Cambodia and Vietnam Shadows: The War, Its Ghosts, and Its Legacy.