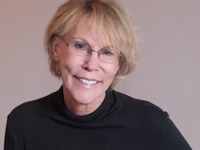 Richard Theodore Greener (1844-1922) was a renowned black activist and scholar. He was the first black graduate of Harvard College, the first black faculty member at a southern white college, and the first black U.S. diplomat to a white country, serving in Vladivostok, Russia. Yet he died in obscurity, his name barely remembered.

Because he was light-skinned and at ease among whites, Grenner's black friends and colleagues sometimes wrongfully accused him of trying to "pass." While he was overseas on a diplomatic mission, Greener's wife and five children did just that. They stayed in New York City, changed their names, and vanished into white society. Greener never saw them again.

Katherine Reynolds Chaddock's Uncompromising Activist is a long overdue biography about a man, fascinating in his own right, who also exemplified America's discomfiting perspectives on race.

Katherine Reynolds Chaddock is distinguished professor emerita of education at the University of South Carolina. She is the author of The Multi-Talented Mr. Erskine: Shaping Mass Culture through Great Books and Fine Music and Visions and Vanities: John Andrew Rice of Black Mountain College.