Writers LIVE: David Cay Johnston, It's Even Worse Than You Think: What the Trump Administration is Doing to America 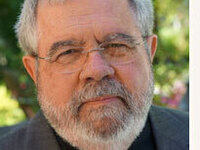 David Cay Johnston first met Donald Trump in 1988 and has tracked him ever since. He wrote about Trump in two books: Temples of Chance and The Making of Donald Trump. He was also an uncredited source of documents and insight for major campaign reports by the Washington Post, New York Times, and network television. When Trump announced his campaign in June 2015, Johnston was the first national journalist to write about a potential Trump presidency.

In It's Even Worse Than You Think, Johnston examines the first one hundred days of Donald Trump's presidency, including a close look at what the mainstream press stopped covering years ago: the workings of the federal government agencies and how that touches the lives of all Americans. He also shows how our lives are affected by many actions that the new administration quietly approves without drawing the attention of the Washington press corps.

David Cay Johnston is a Pulitzer Prize-winning investigative reporter and bestselling author of The Making of Donald Trump. Founder and editor of DCReport.org, he has been a frequent guest on MSNBC, CNN, the BBC, ABC World News Tonight, Democracy Now and NPR’s Morning Edition, among other shows.