An Evening with Mason Jar Press 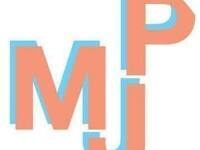 Mason Jar Press brings together their authors in a celebration of literature and art. Join the authors of the most recent and upcoming MJP publications—Danny Caine, Nicole Callihan and Jaime Fountaine—for a reading, Q and A, and book signing. Hosted and moderated by fellow MJP author, Justin Sanders.

Danny Caine is the author of the chapbook Uncle Harold's Maxwell House Haggadah. His poetry has appeared in Hobart, Mid-American Review, DIAGRAM, and New Ohio Review among other places. He received an MFA in poetry from the University of Kansas in 2017. He hails from Cleveland and lives in Lawrence, Kansas, where he owns the Raven Book Store.

Jaime Fountaine was raised by "wolves." Her work has appeared in places like JMWW, Paper Darts, X-R-A-Y, and Barrelhouse, where she writes the “Fountaine of Advice” column. She lives in Philadelphia, where she co-hosts the Tire Fire reading series with Mike Ingram at Tattooed Mom.

Justin Sanders is a ghost from Baltimore and the author of for all the other ghosts. His words have appeared most recently in American Short Fiction and on the city’s walls.