Home /  Books & More / Live From the Pratt / The Business of Publishing: Genre…

The Business of Publishing: Genre Writing 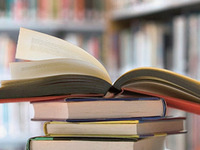 Are you interested in getting your genre writing published? Do you want tips and tricks on how to become a published author or how to self-publish? Have you considered marketing strategies to become a successful writer? Then join us for a panel discussion and Q&A featuring local authors and editors.

Sarah Pinsker, author of the novelette "Our Lady of the Open Road," winner of the Nebula Award, and over fifty other stories. Her first collection, Sooner or Later Everything Falls Into the Sea: Stories was published by Small Beer Press in March 2019, and her first novel, A Song For A New Day, was published by Berkley/Penguin/Random House in September 2019.

Dave Ring, chair of the OutWrite LGBTQ Book Festival in Washington, DC. He has stories featured or forthcoming in a number of publications, including Speculative City, GlitterShip, and A Punk Rock Future. He is the publisher and managing editor of Neon Hemlock Press, as well as the editor of Broken Metropolis: Queer Tales of a City That Never Wasfrom Mason Jar Press.

K.M. Szpara, a queer and trans author who lives in Baltimore, MD, with a tiny dog. Kellan's debut alt-/near-future novel, Docile, will be published March 3, 2020 from Tor.com Publishing. He is the author of "Small Changes Over Long Periods of Time," a Hugo and Nebula nominated novelette about a gay trans man who's bitten by a vampire. More of his fiction can be found in venues such as Uncanny, Lightspeed, and Shimmer.

John Edward Lawson; who writes novels, short fiction, and poetry that has garnered nominations for many awards, including the Stoker and Wonderland Awards. In addition to being a founder of Raw Dog Screaming Press and former editor-in-chief of The Dream People, he currently serves as Vice President of Diverse Writers and Artists of Speculative Fiction.