Brown Lecture Series: Dapper Dan, Made in Harlem: A Memoir 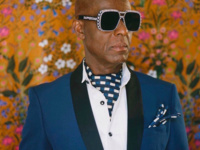 Dapper Dan is in conversation with Mykel Hunter of WEAA about his life and work.

With his eponymous store on 125th Street, Dapper Dan pioneered streetwear in the early 1980s, co-opting luxury branding to design original garments with high-end detail. Known for using exquisite leathers, furs, and other fine materials, he first drew powerful New York City hustlers as clientele, who all came due to his strong street reputation as a legendary professional gambler and dandy. He then went on to outfit entertainers and other celebrities, including Eric B. & Rakim, LL Cool J, Salt-N-Pepa, Mike Tyson, Missy Elliott, JAY-Z, Beyonce, Aaliyah, P. Diddy, Floyd Mayweather, and many more. Dapper Dan has been featured on platforms including The New York Times, Elle, Vogue, W, Vanity Fair, The New Yorker, CNN, and Netflix. His works have been on display at The Smithsonian, The Museum at FIT, The Metropolitan Museum of Art, and The Museum of Modern Art. Dapper Dan’s boutique reopened in 2017 in a major partnership with Gucci. His memoir, Dapper Dan: Made in Harlem is a New York Times Bestseller.