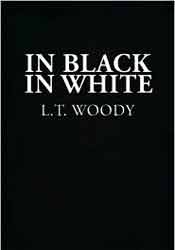 L. T. (Larry) Woody grew up in Baltimore's Harlem Park neighborhood. At age 13 he received an academic scholarship to attend St. Paul's Episcopal School in Concord, NH. In Black In White is his coming-of-age story, an intimate glimpse into two very different worlds. Woody's journey from the tough streets of West Baltimore to the ivy-covered halls of his New England boarding school serve as a survival guide for young people seeking something better.

Larry Woody received a degree in therapeutic recreation from Temple University in 1976. He lives in Philadelphia where he works with Focus on Fathers.