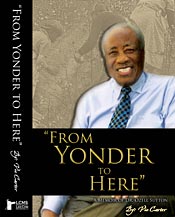 WJZ-TV anchor Vic Carter tells the compelling story of Ozell Sutton, a civil rights pioneer who risked his life to ensure the rights of others. From rural Arkansas, Dr. Sutton conducted voter registration in the South and helped select and train "The Little Rock Nine." He later worked for the Department of Justice as a conciliator and forced rural police departments to offer adequate protection to marchers.

At age 23, Vic Carter received broadcasting's highest honor, the George Foster Peabody Award. He was named Journalist of the Year by the University of Georgia's School of Journalism and was inducted into the National Association of Black Journalists Hall of Fame.