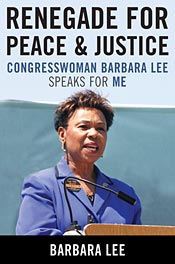 Congresswoman Barbara Lee was first elected to represent California's ninth Congressional District in 1998. In addition to being one of Congress' most vocal opponents to the war in Iraq, she has been a leader in promoting policies that foster international peace, security and human rights.