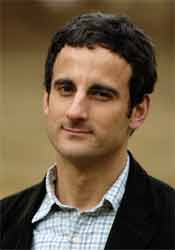 Ariel Sabar's father Yona was born in a tiny village in the Kurdiish region of Iraq, in a Jewish enclave so isolated that the residents still spoke Aramaic. Yona Sabar and thousands of other Iraqi Jews were resettled in Israel in the 1950s. From there, he went to Yale University and became a professor of Near Eastern languages at UCLA, dedicated to preserving the unique heritage of the Jews of Kurdistan.

Ariel Sabar covered the 22008 U.S. presidential campaigns for The Christian Science Monitor. He is an award-winning former staff writer for the Baltimore Sun and the Providence Journal. My Father's Paradise won the 2008 National Book Critics Circle award for autobiography.